This report is the result of over two years of 'Phase 2' in-depth monitoring of the performance of the upgraded 19th century solid-wall all-electric Passive House Mayville Community Centre (now renamed the Mildmay Centre) which was deep-retrofitted in 2011. It contains the full and detailed findings produced by the research team which looked at all aspects of the building, including comfort, performance and health.

The research project was made possible by funding from the Technology Strategy Board's Building Performance Evaluation (BPE) competition. The research was led by bere:architects who collaborated with the well-known and outspoken building assessor Roderic Bunn of BSRIA to act as an independent critic of the building, thus ensuring that the research work was rigorous. Rod Bunn is a building performance and ‘Soft Landings’ expert who speaks his mind and is unforgiving of mistakes. We chose him to collaborate with in order to give veracity to the findings.

The Technology Strategy Board (now Innovate UK) has commended the execution of this research project.

The appendices to the report have not been uploaded at this stage due to the confidentiality implications of publishing the appendices in an entirely open forum. However we will make this available to academics at our own discretion. The published main report contains an immense amount of detail that we hope will be of interest to academics, professionals, policy makers and members of the public who may be considering whether to commission a Passive House. 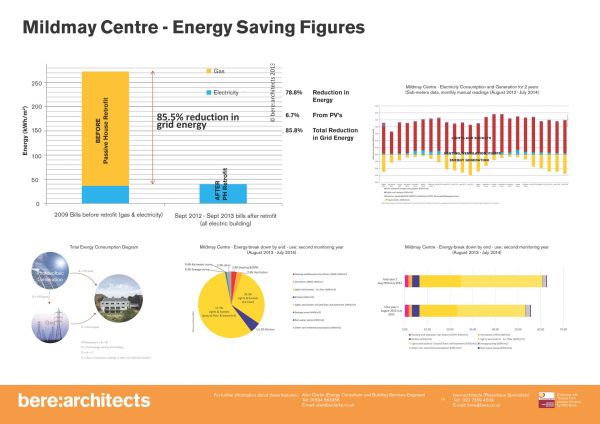