Careful historical research resulted in a proposal to remove mid-20th century additions that visually swamped a 17th century Listed farmhouse. The integrity of the original design is undergoing a Passive House Enerphit deep-retrofit using natural, vapour permeable materials. A sleek, low, Passive House Plus wing is being added alongside to replace the loss of 1960’s accommodation.

The design also involves significant improvements to the setting of a Listed building, including a new walled kitchen garden and the creation of new and improved wildlife habitats for endangered species. 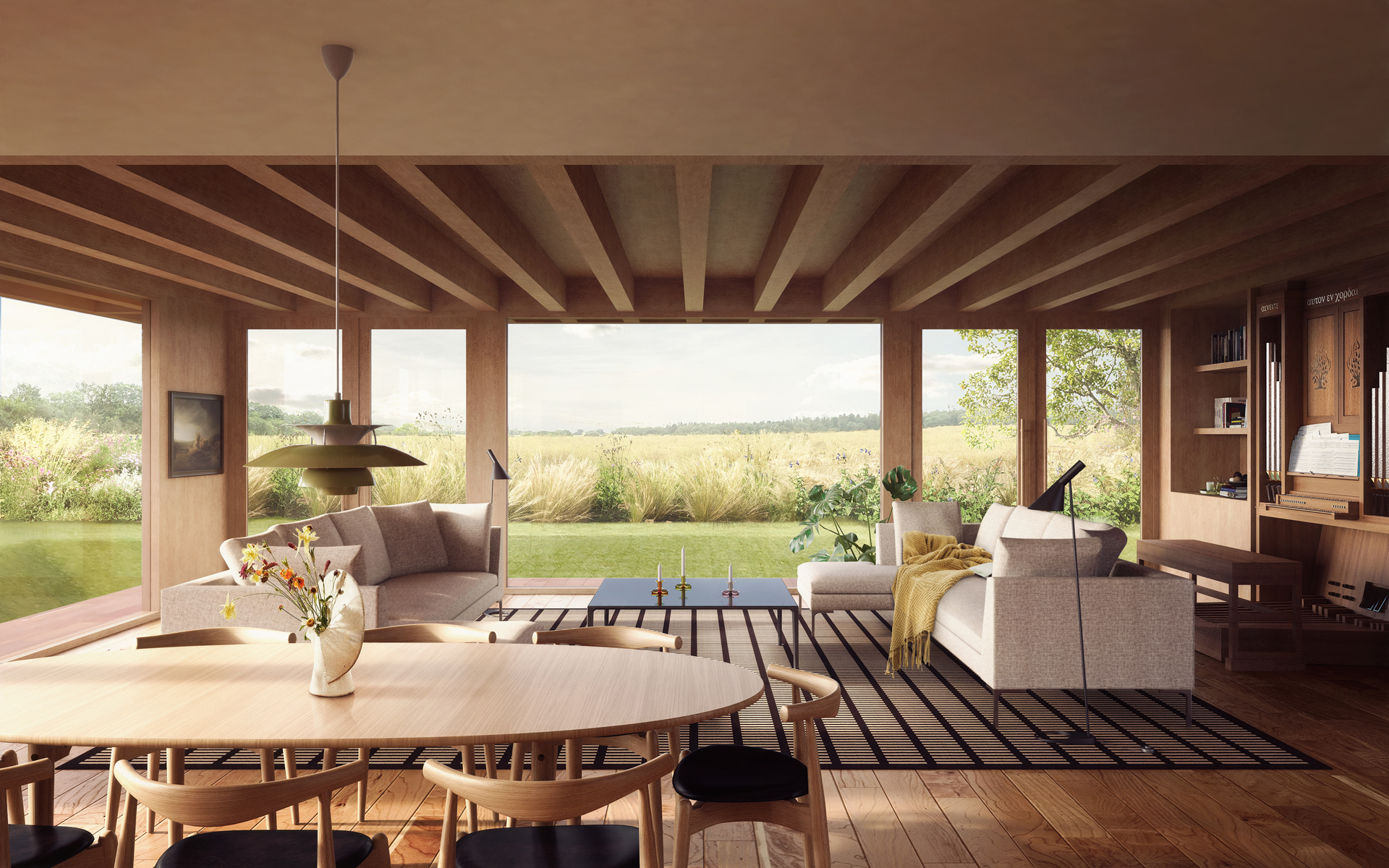